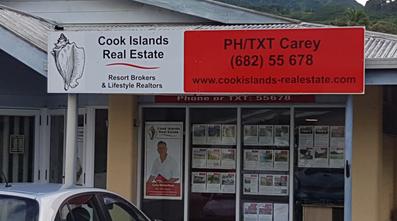 Why investing in Cook Islands Real Estate, Rarotongan Property, Businesses for Sale on Rarotonga or Raro Realty is a smart move. The following ‘short extracts’  help to outline why tourism in the Cook Islands is now on the rise.   We need capable people of the right character now more than ever, to be involved in this lucrative industry that is quietly exploding in the Cook Islands

Keep posted as new topics for discussion , coming as additional EXTRACTS may be covered under the following headings:

Thank you for contacting us! If needed, you will hear back within 48-72 hours.

The information below is from the very informative and long standing web site of www.ck - a total source of all information on the Cook Islands, past present and future
www.ck is a wealth of information covering such in-depth topics such as : Location, History, People, Art,  Religion, Travel, Events, Bulletin Board plus more
An example of the information contained on that site;    COOK Islanders are true Polynesians, the finest seafarers of the vast Pacific, voyagers on frail canoes who felt at home on the ocean and who travelled across its huge wastes in search of new lands and new beginnings. The journeys undertaken by these Stone Age people in their fragile craft dwarf the voyages of exploration boasted of by the Portuguese, Spanish, British, Dutch, and French. Over-population on many of the tiny islands of Polynesia led to these oceanic migrations.
Tradition has it that this was the reason for the expedition of Ru, from Tupua'i in French Polynesia, who landed on Aitutaki and Tangiia, also from French Polynesia, who are believed to have arrived on Rarotonga around 800 AD. Some evidence for this is that the old road of Toi, the Ara metua which runs round most of Rarotonga, is believed to be at least 1200 years old. Similarly, the northern islands were probably settled by expeditions from Samoa and Tonga. As was common with most patterns of Polynesian migration, expanding population and pressure on resources resulted in the ocean-going canoes being stocked with food and the most venturesome souls being encouraged to set off to look for more living space. This pattern continues today across most Pacific islands except that entry restrictions to other lands are nowadays much more stringent.
Cook Islanders are convinced that the great Maori migrations to New Zealand began from Rarotonga possibly as early as the fifth century AD. The most favoured location for the starting point was Ngatangiia on the eastern side of Rarotonga where there is a gap in the fringing reef at the widest part of the island's lagoon.
THE written history of the Cooks began with the sighting of Pukapuka by the Spaniard Alvaro de Mendaña in 1595 followed by a landing on Rakahanga in 1606 by another Spanish explorer, Pedro Quiros. The British arrived off Pukapuka in 1764 and named it Danger Island because they could not land. This was a very active time in Pacific exploration with the British and French seeking greater prestige as maritime powers.
Between 1773 and 1779 Captain James Cook sighted and landed on many of the southern group but never came within eyeshot of Rarotonga. The infamous Captain William Bligh of the Bounty landed on Aitutaki in 1789 – he is credited with importing paw paw trees to the Cooks – and in April of that year the mutineers of the Bounty appeared off Rarotonga but, contrary to popular belief, probably did not land. Cook named the islands the Hervey Islands. In fact, he gave this name to the first island he discovered – Manuae. The name "Cook Islands" was given to the group by the Russians in honor of the great English navigator when it appeared for the first time on a Russian naval chart in the early 1800s.
The first official European sighting of Rarotonga was from the Endeavour in September/October 1813. The first known landing was by the crew of the Cumberland in 1814. This was a commercial expedition from Australia and New Zealand and its objective was to find sandalwood. There was none on Rarotonga. Instead, trouble broke out between the sailors and the islanders and many were killed on both sides including the captain's girlfriend, Ann Butchers. She was eaten and her bones are buried in Muri, close to the site of the sailing club. She has the distinction of being the only white woman ever to have been killed and eaten by Pacific islanders!

Quick Search FACTS:
Cook Islands Real Estate ltd,  has over 30 years of combined experience  in selling and listing properties for sale in these islands,  being involved directly and in-directly with the Cook Islands Tourism sector as well as the Cook Islands Travel industry.

Rarotonga has been the focus of attention for holiday home rentals and  rental vacations on the beach for many years now.

In general those looking to invest into this paradise location immediately see the benefits and attraction of doing so in this lucrative Holiday Homes rental sector, being predominantly the short term vacation rental market, however, what has been overlooked in the past few years is the need for long-term rental accommodation for those that hare living here, plus those entering the vacation, short term holiday home rental market or the boutique beachside resorts (Hotels and Motels) as an alternate place to live if wanting a home away from the work place , i.e. not living on-site in the accommodation complex or lodge for example.

Aitutaki is now becoming a major player as tourism numbers  increase and  the ease of getting to this magnificent sister island grows and flight numbers increase, thanks to Air Rarotonga - our domestic carrier.

Those looking to rent holidays homes particularly those from New Zealand and Australian in their Winter period are finding that their key search for Holiday Homes to rent or Beachside Holiday homes for rent are often returned with more and more options as this sector is driven purely by demand.

Quick Cook Islands Real Estate Tips
·         Decide which island would best suit your desired lifestyle.
·         Decide on what type of business you are looking to purchase.
·         Come to Rarotonga prepared with your financial information and financial capabilities.
·         Possibly be prepared to come to the Cooks  for a vacation and look at it thru the eyes of ‘living here’ as opposed to that as a ‘holiday’, and if time and budget permits, a visit to one of the outer islands of Aitutaki or Atiu would be recommended. Check out the grocery situation, buying white-goods, children’s education and sporting needs, as an example. this way you can get  first hand knowledge of what it is like to live here and an insight to every day life , when living as part of  a small island nation in the south pacific

If you have a lender, you might like to request a letter stating the amount you are approved to borrow from them. Whern purchasing homes for sale or business for Sale in the Cook Islands you will see the term  As is – I’ve heard that in other countries, Canada,  for instance,  when a home is sold, the seller must bring all aspects of the home up to code.  On Rarotonga and Aitutaki or the Cook Islands in general, the seller is required to disclose anything that is not “in compliance”, and the client inspecting, may identify items that do not meet current code.

Many properties are sold “AS IS”, meaning that the seller will not make repairs to the property before closing, that the property is to be sold, and is priced, on an As It Is Now or as it is at time of inspection, basis. Repairs can be negotiated during the contract inspection period for properties such properties.