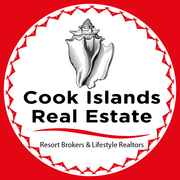 Behind the scenes of ‘Katu Kanga’Saturday June 27, 2015 Written by Sarah Wilson .

TWO LOCAL boys have captured the hearts and laughs of people all over the Pacific in a hilarious new Cook Islands Tourism video.
With more than 10,000 views on Youtube since it was published last week, and thousands of views and shares on Facebook, ‘Katu Kanga’ is fast becoming one of the most popular tourism videos in the region.
While much of the success is down to the cheek and playfulness of the film’s stars, Makea Maro and Teio Mariri, pupils at Avarua School, it could also be down to the brilliance of film director Dylan Harrison of Te Rua Manga Productions.
Harrison has an extensive and successful background in marketing, working with some of Australia’s most iconic clients including McDonald’s, Telstra, Volkswagen and Tourism Australia.
He has only recently moved to Rarotonga with his wife, who is a Cook Islander, and their three children.
Harrison talked to CINews and spilled the beans on his inspiration behind the hilarious clip, his experience working with local talent and why such a small video is making such a big splash.

When producing such a comedic piece, Harrison says one part of it is learning the craft and the other part is cutting your heart out and putting it on camera.
“It has to come from within and it’s an expression of who you are, so the script was a personal thumbprint of mine and my tastes,” he says.
But, Harrison says this style is also what was right for the Cook Islands, to capture that playful energy and cheeky spirit.
“Humour is a great tool. It’s a common denominator of all humanity and everyone loves to laugh and be entertained.”
When coming up with the concept for the film, Harrison says he had to look for the essence of the Cook Islands ‘brand’ and what is distinctive about it

“I come from more of a strategic background, and when you’re marketing tourism it’s not just about inspiring people, but also about selling airline tickets and filling hotel reservations.”

When working for Tourism Australia, Harrison says he played on the uniqueness of the geography as there is literally nothing like Australia, but for the Cook Islands it’s slightly different.
“We have this paradise with white sandy beaches and palm trees, but so does everyone else in the Pacific.”
So the challenge for Harrison was figuring how the Cook Islands can become distinctive, when everyone else is selling the same thing.
Harrison says that’s where people play a crucial role in tourism, and it’s his opinion that as well as the friendliness of our people, it is the personality and vibrancy which really sets us apart in the Pacific.

“People come here for the warmth of the sun, but they forever remember the warmth of the people. So that was my starting point, trying to capture the personality of the people here and of the island as a whole.”
Harrison says when he first came to Rarotonga, someone told him that the Cook Islands is like Hawaii but 50 years ago.
But he says this sense of underdevelopment is a good thing, and it really appeals to visitors.
“People feel like they are coming to a place where there is no hard sell, no cynicism and there’s still a sense of the new and undiscovered,” he says.
Harrison then twisted this idea into thinking that the Cook Islands are kind of like the teenagers of the Pacific.
He says Fiji and Samoa are kind of like the big brothers, and Hawaii is almost like the grandfather.

“So what I really tried to capture is the youthfulness, the playfulness and the innocence of our personality and that’s where I came up with the idea of Katu Kanga.”
When it came to finding the local talent, Harrison says it was great to see how many people were happy to get involved and give it a go.
He says the nature of a small island is that everyone is in tourism, and every tourist is going to encounter locals.
So, he wanted to make sure that he had local people in the video to deliver the experience of the Cook Islands

“It is such a privilege for me to go out and meet all these people as a filmmaker, because I get to interact with people I wouldn’t otherwise meet.”
Harrison and his team held auditions all over the island for the two boys and he says they had so many talented young people apply.
But for them, both Teio Mariri and Makea Maro shone through as the perfect combination.
Harrison says Brian, played by Brian Hutchinson, was someone he just happened to meet down at the Saturday markets.

“I approached him and pitched him the story and he just had a giggle and said he was up for anything.  All the other people in the film all had that same attitude in that they were just up for anything and willing to have a go.”
Harrison says not once in the whole process did he have anyone say ‘I don’t want to make a fool of myself’ or ‘that sounds silly’
“That’s just the Cook Islands personality, that friendliness and playfulness I was trying to capture.”
It’s almost crazy to think that something so funny and light-hearted was entirely scripted, but Harrison says it all came down to how great everyone was with taking direction and making it seem natural.

“Everything was planned and it was very tight to get everything we needed in just that week of filming,” he says.
Harrison says he was so fortunate to come across not just great talent like the two boys, but also Sonny the mechanic on the motorbike, Auntie Nana at the food stall and Alanna Smith who played Miss Paiti.
“All these people, I could give little direction to, and they got it the first time.”
Cook Islands Tourism have expressed how glad they were to have Harrison on the project, part of their new ‘Kia Orana Values’ campaign.

Metua Vaiimene, Director of Destination Development at Cook Islands Tourism, says they were so fortunate that at the time they put out tenders for the campaign work, Harrison was relocating to Rarotonga.
Vaiimene says Harrison took a lot of their destination development elements, and combined them in with some really smart marketing – top 10 reasons to visit the Cooks.
It has also been great for our staff to learn from Harrison who has such vast experience with creative direction, filming, production and marketing strategies.
Overall, what this has produced is this great video that is so funny and that we really want to share with the people of the Cook Islands.
“We have come under criticism in the past from people who felt that we were not engaging enough with the local capacity to produce imagery and footage for our campaigns, which is a fair enough criticism,” he says.

But, Vaiimene the local market is getting better and better and so it was great to really reconnect Cook Islands Tourism with the production industry in the community.
The ‘Katu Kanga’ video cost $25,000 to produce and market, which Vaiimene says is a small cost compared to huge television campaigns which can cost hundreds of thousands.
“I hope that in the long run, this message will also start to resonate with the local population even though the video is designed for overseas populations.”